Janie and Show Me Your Stethoscope:
A Success Story

It is so weird when you’re asked to tell your success story and you look around and go “how does anybody think I am successful”? The kinds of success stories that we want to hear are the ones that triumphant over adversity. Stories like Florence Nightingales who triumph over sexism and ignorance, or the Martin Luther Kings who triumph over racism; those are the success stories you want to hear, but not so much the Nurse that made a Facebook Group because she was mad, although that is totally what happened.

When we think about success stories, we can talk about people like Ellen Ochoa, an engineer, a retired astronaut, the former Director of Johnson Space Center, and the first Hispanic woman to go into space when she served a nine day mission aboard Space Shuttle Discovery on April 8 1993. That date is also a special day for me because that is the day my first son was born.

I am many things: a mother, a wife, a Nurse, an author, a handbag addict, but what I am mostly actually is someone that has been damaged by life. We have all been damaged by life at sometime or another. I was damaged when my son, born on April 8 1993, was killed in February 2011. After that I didn’t think

Our members have risen to the occasion to help those in need. We have provided meals and a tranquility room for first responders and nursing staff after the shooting in Las Vegas. We have stood by Nurses assaulted in the line of duty, we have provided medical aide via medical missions, we have responded when natural disasters hit, and every year we help bring Christmas to children that would not otherwise have it.

We partner with others in the industry to bring opportunities to our members and to further the profession by advocating for Nurses and Patients.  Our network of partners include healthcare companies, professional organizations, and Universities, and other healthcare professionals.

We are a fierce advocate for Nurses and Patients. We unite as one voice to advocate for safe staffing, to advocate for practices that protect healthcare workers from violence in the workplace, and for solutions to issues that increase patient harm.

what our members say

Show Me Your Stethoscope is one of the only organizations that has the ability to suit every type of nurse. From supporting grassroots initiatives to the steps of Washington, SMYS is there to support each and every one of us. If it matters to us, they make it their mission

As a student nurse I found leadership and guidance in other members of SMYS. I was able to participate in a mission trip, and support professional nurses during the fires in Paradise in California. As a student I was able to obtain educational resources through SMYS partners and even earned a scholarship that helped pay for my books and supplies. I love being in an organization where my voice is heard, and I hope to grow my career and circle of nurses with SMYS

I love what I do. It’s who I am. After a long day, a terrible shift, when I’m ready to give up and change careers, its my fellow SMYS members that save me. They understand that giving my all will never make me feel okay, and that my patients are more than just that. I love this field because everyone I am with share the same passion I do. Regardless of a terrible day, I’m never alone, and SMYS is there for me 24/7. 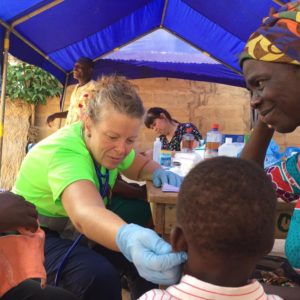 Together we served over 800 villagers in four different rural communities in the Volta Region of Ghana. On this trip, we treated a wide range of conditions including but not limited to skin infections, respiratory infections, wounds, minor aches and pains, sexually transmitted infections, and many cases of malaria. 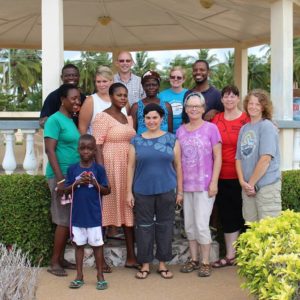 Over the course of six clinic days (two days each in three different remote villages) we evaluated and treated 1065 patients. Conditions treated on this mission included but were not limited to hypertension, diabetes, skin infections, respiratory infections, wounds, minor aches and pains, sexually transmitted infections, and many cases of malaria.

Since 2016 we have collaborated with NursesTakeDC to educate the public, our colleagues, and our legislators about the importance of safe staffing and how understaffing harms Nurses and our patients. 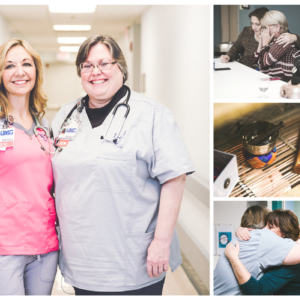 A Tranquility Room in Las Vegas for Healthcare Workers

Months after the tragic Las Vegas shooting, front line Nurse were still grappling with the stress and emotional trauma of working the mass casualty. SMYS members stepped up by financing a sanctuary room in the hospital. It was designed by Nurses for Nurses to offer a place for them to rest, decompress, and find tranquility for a few minutes during their often chaotic shifts. 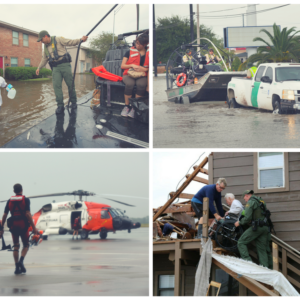 When Hurricane Harvey hit the Gulf Coast, SMYS members were among the first on the ground rendering aid, organizing and coordinating supplies and other needs. SMYS partnered with Physician Moms Group to raise money to rebuild infrastructure and area schools. Once again the Nation of Nurses rose to the challenge of helping those in need when disaster struck. 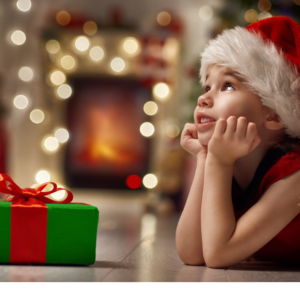 SMYS members have adopted hundreds of families to provide Christmas gifts in the form of toys, clothes, and books, for children that would not otherwise experience the magic of Christmas. Some of these families suffered great losses from fires, natural disasters, unexpected death of loved ones, or having to suddenly deal with a disease leaving them unable to work.

Join the largest online nursing community in the world